Purging the Army of Northern Virginia


A couple of weeks ago, while filming a short interview with Chris Mackowski of Emerging Civil War (we were at the American Battlefield Trust's Teacher's Institute), I made a comment about the purging of officers from the Army of Northern Virginia after Robert E. Lee was assigned command in June 1862. I had never really counted until today, but fifteen men who were brigade or division commanders during the Seven Days battles were not with the Army of Northern Virginia when it surrendered at Appomattox Court House in April 1865 (this excludes those who died or were killed in action). Did Lee have these officers transferred on purpose? A good question.

Here are the fifteen and what became of them: 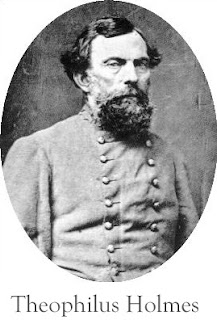 John B. Magruder - sent to Trans-Mississippi Department after the Seven Days.

William H. C. Whiting - reassigned to the Military District of Wilmington. Died as a prisoner of war in New York on March 10, 1865.

Bradley Johnson - with the Army of Northern Virginia until 1864, when consolidation removed him from command. Finished the war as commander at Salisbury Prison.

D. H. Hill - shuffled back to North Carolina in February 1863. Commanded a corps in the Army of Tennessee during the Chickamauga-Chattanooga Campaign. Had further run-ins with high command, but finished the war commanding a corps at Bentonville. 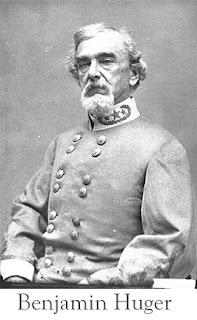 Boswell Ripley - bounced around between South Carolina and the Army of Northern Virginia. Commanded a division in the Army of Tennessee during the battle of Bentonville.

Robert Toombs - resigned March 4, 1863, after not getting the promotion he thought he deserved. Later served in the Georgia militia.

Stephen D. Lee - November-December of 1862 transferred to Department of Mississippi and East Louisiana. In mid-1864 was a corps commander in the Army of Tennessee.

Roger Pryor - brigade was broken apart in the spring of 1863 and Pryor resigned.

William S. Featherston - transferred to Vicksburg in early 1863, and later commanded a brigade in the Army of Tennessee

Ambrose R. Wright - wounded in 1864, and transferred to Department of South Carolina, Georgia, and Florida. 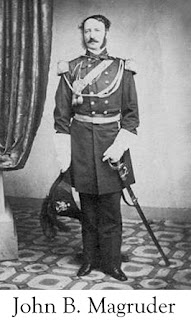 John G. Walker - transferred to the Trans-Mississippi department after the Maryland campaign.

Benjamin Hunger - relieved of field duty July 12, 1862, and spent most of the war as an inspector of artillery in the Trans-Mississippi department.

Did Lee have some of these men transferred to get them out of his hair? All four most senior major generals in the army when Lee took command were soon elsewhere. While Margruder did an outstanding job fooling McClellan at Yorktown, there were numerous complaints leveled at him following the Seven Days battles, mostly for being drunk. He was very quickly assigned to the Trans-Mississippi Department, but on returning to Richmond to answer the rumors against him, he leveled charges against Lt. Col. R.H. Chilton of Robert E. Lee's staff. That surely did not help his cause.

William Whiting's feud was with Jefferson Davis They had butted heads in late 1861, declining command of a Mississippi brigade. Whiting was gone on sick leave, and when he returned, found his division under the command of John B. Hood. 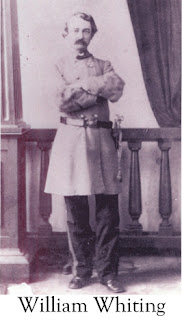 Benjamin Huger feuded with Joseph E. Johnston over the Seven Pines battle. Johnston claimed that Huger was not ready to attack when ordered. Huger wanted charges preferred. Richard Taylor wrote that "Magruder is charged with incompetency and loss of head, and much blame attached to both his and Huger's slowness." (Davis, The Confederate General, vol. 3, 129)

Lee might have been trying to get rid of Theophilus Holmes prior to the Seven Days battles. There is a letter from Lee to the Secretary of War, dated June 19, 1862, stating that Lee "recommended General Huger's orders to be issued from the Adjutant and Inspector General's Office." (OR 1, vol. 11, pt. 3, 609.)

Lee, of course, was remaking the Army of Northern Virginia. He wanted younger,  more aggressive commanders to take charge of his divisions.

Posted by Michael Hardy at 8:50 AM No comments: 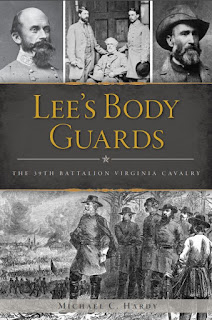 Friends, I am now taking pre-orders for signed copies of Lee's Body Guard: The 39th Battalion Virginia Cavalry. I expect to mail copies toward the end of next week (The official release date is July 29). The 39th Battalion was recruited to serve as scouts, couriers, and guides for Army of Northern Virginia staff. Members of the battalion were in service from the battle of Second Manassas, all the way to Appomattox. They witnessed Jackson's mortal wounding, and carried the flag of truce when Lee went to meet with Grant. This is my twenty-fourth book, and my fourth regimental. Signed copies are $20, including shipping. You can order via my website,  (please use paypal button), or via the mail. PO Box 393, Crossnore, NC  28616.
Posted by Michael Hardy at 1:09 PM No comments: