We Ride A Whirlwind - REVIEW

I am always on the lookout for books about North Carolina and the War. The vast majority of the tomes I have written are on the subject, and I'm always looking for others to help increase awareness of what took place in the Old North State. Recently, I had a chance to pick up a copy of Eric Wittenberg's We Ride A Whirlwind: Sherman and Johnson at Bennett Place (Fox Run Publishing, 2017).

Everyone who has studied the War is familiar with the surrender of Lee to Grant at Appomattox in April 1865. It is the subject of several books and the site of a National Park. The surrender of Joseph E. Johnson to William T. Sherman in North Carolina often seems to be a mere footnote, although Johnson surrendered more Confederate troops and a huge swath of territory. The literature of Johnson's surrender continues to grow, and might actually surpass that of the more famous episode in Virginia. 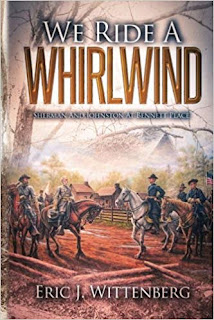 We Ride A Whirlwind picks up the story following the battle of Bentonville. Following the March 1865 battle, Johnston moved his army back toward Raleigh, and eventually toward Greensboro. The victorious Federals moved on to Goldsboro for a brief rest and refitting. On April 13, 1865, Sherman's armies entered Raleigh. Jefferson Davis and the Confederate cabinet officers evacuated Richmond on the night of April 2, 1865, and moved to Danville, and then on to Greensboro, arriving on April 11, 1865. Davis and some of the cabinet met with Johnston and Beauregard in Greensboro and agreed to send a letter to Sherman, asking for a cease-fire so surrender terms could be worked out. Johnson and Sherman met at the Bennett Farm, outside Durham, on April 17 and 18, working out a set of terms that surrendered not only Johnson his army, but Davis and other civil officers as well. Copies of these terms were signed and sent to President Andrew Johnson in Washington, D.C., and to Jefferson Davis in Charlotte. Davis accepted the terms. However, Johnson rejected the terms, and Grant was sent to Raleigh to take over the negations. Sherman, thanks to Secretary of War Edwin Stanton, was belittled by the press, a slight for which Sherman never forgave Stanton. Soon thereafter, Johnson and Sherman worked out new terms, based upon those Grant had given Lee at Appomattox. Despite the directives of Jefferson Davis, Johnson surrendered to Sherman at the Bennett Place on April 26, 1865.

Unlike other volumes about the Confederate surrender at the Bennett Place, Wittenburg's goes into great detail about the Sherman-Stanton feud, outlining the missives that passed between Sherman, Grant, Stanton, and Union General Henry Halleck. He reprints letters and portions of memoirs completely, allowing readers to see for themselves the back and forth between top Federal commanders and their civilian handlers. Those letters are the book's greatest strengths, laying out the frustrations felt by Sherman as the capitulation of the entire Confederacy hung in the balance. But Andrew Johnston and Edwin Stanton were not interested in receiving the surrender of Jefferson Davis, believing to do so would have acknowledged the legitimacy of the Confederacy.

My only real complaint would be the maps. There are four, three of which are really hard to read (maybe my eyes are getting old). There are numerous illustrations spread through the 292 pages. The book includes copious footnotes, a bibliography, and index. Overall, Eric Wittenburg's We Ride A Whirlwind is a fine, detailed edition to the literature surrounding the negotiations that led to the largest surrender of Confederate soldiers during the War. The events that transpired at the Bennett Place are just as important as those at Appomattox.

Posted by Michael Hardy at 5:11 PM No comments:

It is often said that there were 10,500 "battles, engagements, and other military actions" during the Civil War. That is somewhere around seven engagements per day, for those four years of the war. But at the same time, the war "happened" at tens of thousands of places. Troops mustered in front of courthouses, they boarded trains at depots and ship at wharfs. They were surprised and captured at sites where no shots were fired. As I have written before, the war happened locally, in my backyard, just like it happened at Chancellorsville and Chickamauga. Yet no one really ever talks about these minor events. While not on the same scale as say, Gettysburg, they were just as destructive to local communities.

Johnson County, Tennessee, is tucked up on the border of Tennessee, North Carolina, and Virginia. The 1860 census lists 5,018 residents. When it came time to vote on the secession issue, Johnson County voters voted 787 to 111 against secession. To my knowledge, no one has ever broken down the 1860 Johnson County census to examine who remained loyal to the Union, who joined to Confederacy, and who simply attempted to stay out of the conflict altogether. I will add that voting overwhelmingly to remain with the Union is not a good litmus test regarding military enlistment.  Neighboring Watauga County, North Carolina, voted 536 to 72 against calling a convention, yet sent 793 men (and one woman) to the Confederate army.

It is often written that Johnson County was a Unionist stronghold, and that might very well be true. The pro-Confederate clerk was reportedly forced to flee from the area. Captain Roby Brown supposedly led the Johnson County home guard (Confederate). He was a member of the group led by Col. George N. Folk who attacked a group of dissidents at Fish Springs on the Johnson-Carter County border. It was a group of Unionists or dissidents that raided into the Bethel Community of Watauga County in August of 1863, plundering the farms of George Evans, Paul Farthing, and Thomas Farthing. The latter was killed in the skirmish. Later, Levi Guy, the father of two of the raiders, was caught and hanged. John Hunt Morgan's men supposedly raided into Johnson County, burning the homes of thirty-seven Unionists. Bushwhacking was so bad that in 1864, local pro-Confederate residents petitioned Confederate officials for protection, writing that "our county is infested with several bands of bushwhackers, murders, and deserters, who are committing depredations upon the lives and property of Southern citizens to such an alarming extent that a great many of them had to leave their homes." (Tennessee Civil War Sourcebook)

One of the most famous stories about Johnson County and the war was published by Christopher Coleman in 1999. Coleman writes of a local geological feature known as "The Jingling Hole." The origins of the Jingling Hole are unknown. It could have been a natural formation, or an old mine worked by Native Americans or maybe even the Spanish (my speculation). Regardless, according to Coleman, an iron bar had been placed over the top, "just the right thickness for a man to wrap his hands around." "A prisoner would be taken to the Jingling Hole and at gunpoint made to grip the iron bar and hang suspended over the pit. At first they would just let the prisoner dangle there a while, laughing and making crude jokes as his hands gradually went numb. Then he would finally lose his grip and plunge into the blackness of the pit. After a time, though, this sport got a little dull, so they improved on it a bit. As the prisoner dangled over the abyss, the booted bushwhackers would proceed to stamp on his hands. First one hand, then the other, then back to the first. As they pounded their victim's hands with the boot heels, their spurs would jingle a sprightly rhythm punctuated by the occasional cry of pain from the poor prisoner. Hence the name Jingling Hole." (89)

We will probably never know if the Jingling Hole was really the site of nefarious deeds during the War years. As I have often said, there is probably some truth there someplace. The site, not far from Mountain City, is just one of thousands that have a war-time connection but that that don't exactly fit on the 10,500 list.


Posted by Michael Hardy at 3:28 PM No comments:

I recently found the late Arthur Bergeron's Guide to Louisiana Confederate Military Units, 1861-1865, on my own shelf. Not sure why I did not look at it when I made my initial post a few weeks back. Crute's Units of the Confederate States Army lists 77 infantry, cavalry, and artillery organizations from Louisiana. Bergeron lists 111. So, the new number of Confederate regiments, battalions, and batteries raised during the war stands at 1,500. I image this number will continue to rise. 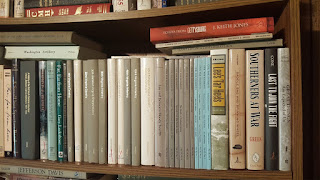 A couple of days ago, I received this question through my contact form, from Edgar: "I found many union regimental histories/biographies on the Hathi Digital website when I was researching Sherman's march campsites (Goldsboro-Raleigh) last winter, but I can't find much about Confed. regiments there." So, why not more Confederate regimentals? That's a question. The reason that a person cannot find more Confederate regimentals on online databases like HathiTrust is probably because they were not written.

Using North Carolina as a guide, we find in Stewart Sifakis's Compendium 233 Confederate regiments, battalions, and batteries. Of those 233 organizations, only seven had histories written and published by the veterans themselves. Those seven are: 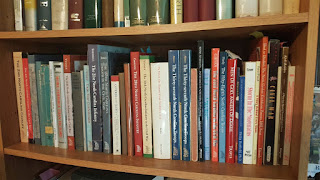 If my math is right, that is only 3 percent of North Carolina regiments, battalions, and batteries that had a book written about their service prior to the 1960s. To take this a step further, of the seven, only three are actually regimental histories. The others deal with companies. Now, to North Carolina's credit, the North Carolina Confederate Veterans Association, under the direction of Walter Clark, began to collect essays by veterans about their regiments at the turn of the 20th century. This was later published in 1901 in a five-volume set. To my knowledge, no other state has anything equal to this: a short history of almost every regiment, written by a veteran of that regiment. (By the way, all five of these volumes have been digitized and are online.)

So to answer the question posed, the reason there is not more information on these regiments is because the veterans did not write down their histories. Union regimentals are plentiful. Confederates, not so much.

Posted by Michael Hardy at 8:17 AM No comments: