A couple of folks have tagged me in the 10 favorite book challenge on facebook. So, here is my top ten, in no particular order:

The Life of Johnny Reb - Wiley
The Complete Sherlock Holmes - Doyle
John Adams - McCullough
R. E. Lee - Freeman
Army of the Potomac - Beatie
Taken at the Flood - Harsh
The Lord of the Rings - Tolkien
Harry Potter - Rowling
1776 -  McCullough
The Heart of Confederate Appalachia - Inscoe and McKinney
Posted by Michael Hardy at 7:48 AM No comments:

Why do you visit a battlefield park?

Saturday afternoon, I slipped out a few minutes early to visit the rehabbed visitor center at the Chancellorsville Battlefield. They have done an overall great job. I was impressed with the portrayal and evolution of breastworks from the Chancellorsville time period (May 1863) to the Spotsylvania (May 1864). I was disappointed by the lack of information on the various regiments and brigades that fought at these battles. Why do Park visitor center planners think people come to these parks? 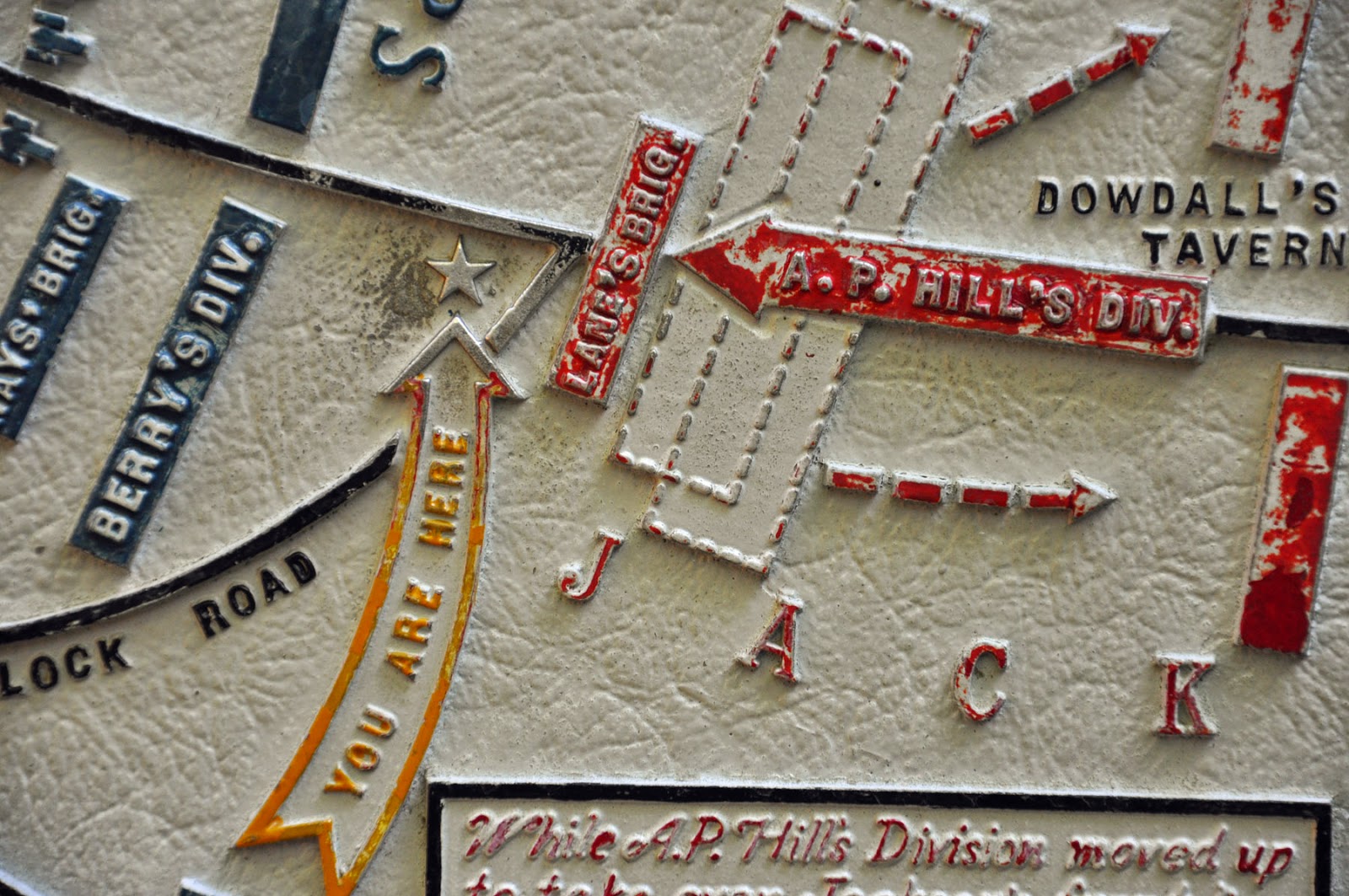 Thankfully, I've been around long enough to have collected a good understanding of the battles that were fought, and could probably give a decent tour (at least pertaining to Tar Heel troops) myself. This comes from a great deal of study and a fair amount of time personally spent on the fields.

I spent most of Saturday late afternoon and evening on the field, mostly at Chancellorsville, visiting a few places I had not been in several years, like the spot of Lee and Jackson's last meeting and Catherine Furnace. I capped this off by a drive down Lee Drive at the Fredericksburg battlefield.

Overall, it was an awesome weekend, and I look forward to attending the Emerging Civil War conference next year.
Posted by Michael Hardy at 1:26 PM No comments:

I've not talked about North Carolina Confederate hospitals in quite some time, but this past Friday I found a document that's gotten me thinking. While perusing the volumes of the Forsyth County Genealogical Journal, I found a reference to the Wayside Hospital in Salem, North Carolina.   The note comes from Vance's papers, and is a listing of men who were served meals at the Wayside Hospital in the month of June and half of July, for an unknown year. In that six-week span, the hospital served 105 men 416 meals. It would probably be possible to set down with the Troop books and figure out, based upon the names on the list, the year for which this list was generated.


More importantly, I've never seen a reference to a Wayside Hospital in Salem (you know, Winston-Salem). Salem lacked one important part of the Wayside Hospital criteria - a railroad. I did a quick search of digitized Salem newspapers, but I could not find any other references.


Just one more little piece of an incomplete puzzle.


So, were there other towns in North Carolina that had Wayside Hospitals but that were not on the railroad?
Posted by Michael Hardy at 4:08 PM No comments: 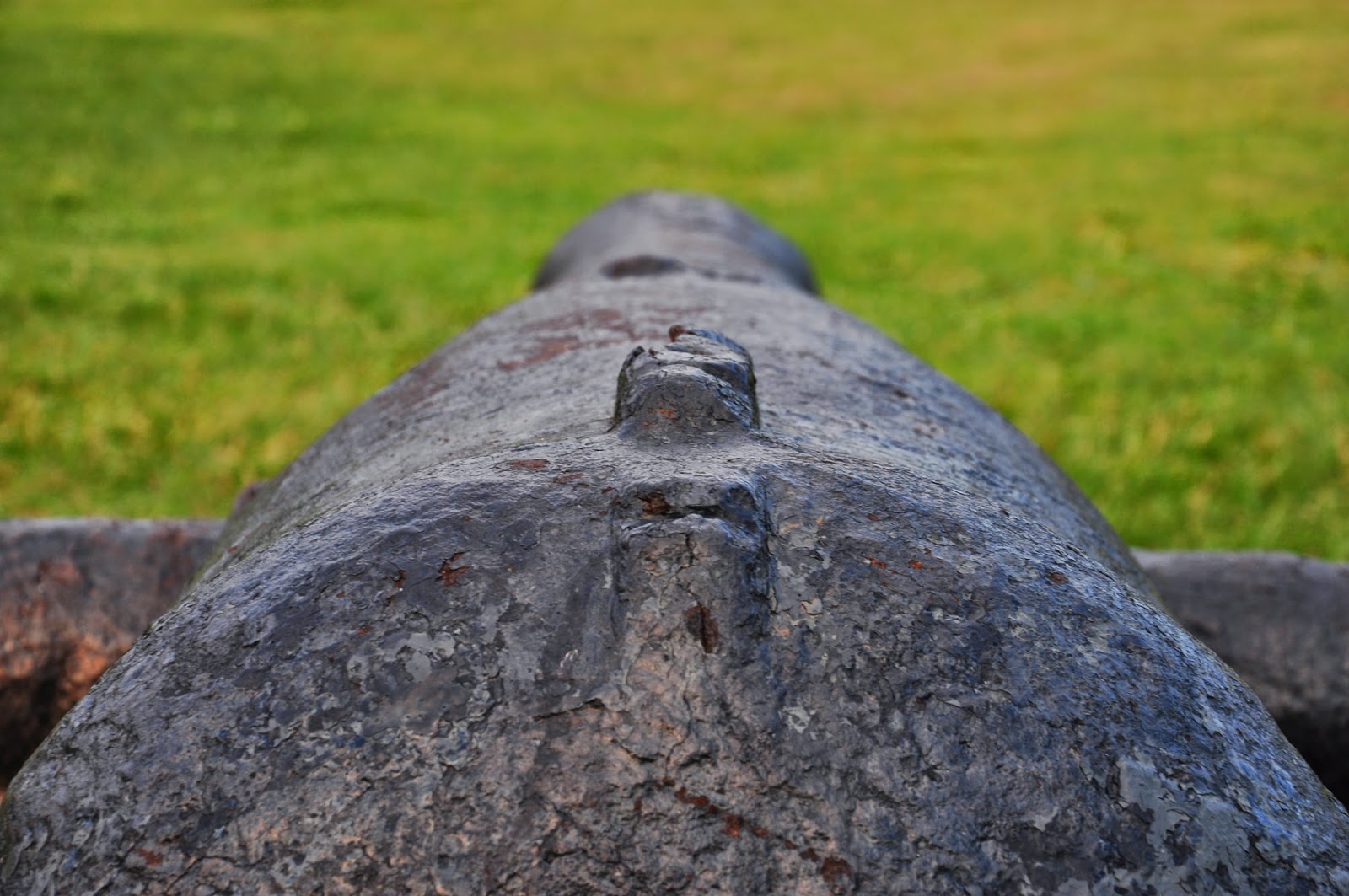 Why so few blog post as of late? I'm not so sure. For someone who sets his own schedule, I certainly do seem pressed for time as of late. Hopefully I'll be able to get back into a routine with the starting of school for the Mrs. and the kids.

I am off tomorrow to attend the Emerging Civil War Symposium in the Spotsylvania area. I'm not presenting, but I will have a few books for sale. Please stop by and say hello if you are a part of the event!

The photo? I took it recently at Fort Fisher, the most visited state historic site in North Carolina. I hope you enjoy.
Posted by Michael Hardy at 10:37 PM No comments:

Posted by Michael Hardy at 1:12 PM No comments: